Chiropractic Reviews: Do Not Fake Them

The chiropractic profession is sinking in fake chiropractic reviews. All you need to do is search the term “chiropractor” in any major city you will come across at least two chiropractors that compose fake reviews for themselves or trade reviews with other doctors. These actions are corrupt, unprofessional and a plague upon the profession. It is not our intent to point fingers, but we will bring to light corrupt behavior when it is confirmed to be present.  There are currently several big name chiropractic marketing firms that encourage fake review writing and have even gone as far as creating communities in which members can exchange fake reviews to post on their sites.

This is a widespread issue that affects everyone. Unprofessional and corrupt chiropractors partaking in this unethical behavior are unfortunately using the reviews to obtain the most online visibility. Because they are getting the most traffic on their site they are getting many patients through the door.  The patients are receiving poor service and poor care.  This poor standard of service becomes the norm in the minds of those receiving it and they begin spreading the word that chiropractic care is worthless and the doctors providing it are “quacks”.

Today Google has moved beyond the point where this can be effectively done.  Chiropractors that had double digit reviews have dropped down to having just a few.  The moral of the story is that if you are trying to cheat Google you are eventually going to lose.  They are simply too smart to fall for something as simple to spot as a fake review.

Instead of trying to cheat the system spend your time working on things you can do to bring value.  Put quality information on the web and you will be rewarded in the end.

Learn more about reputation marketing and everything your chiropractic website should have by Clicking This Link.

Almost there! Please complete this form and click the button below to gain instant access to all the marketing programs! 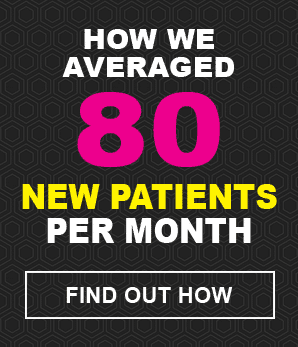 Thanks for your feedback!

Chiropractic Marketing – The Yellow Pages Are Dying Last Updated: May 31, 2019 Chiropractic marketing is always changing and the days of the old Yellow Book or Yellow Pages are coming to an end.  Yet today thousands of chiropractors still ...
Read More →

Online Chiropractic Marketing – What To Watch Out For?

Online Chiropractic Marketing – What To Watch Out For? Last Updated: June 24, 2019 Whether you’re an online chiropractic marketing expert or you’re new to the game this is an article that you need to read.  Doctors spend millions of ...
Read More →

Last Updated: May 6, 2019 If you haven't heard of Clickfunnels yet you've been hiding under a rock.  As the owner of Inception Websites not a day goes by where I don't have a conversation about it.  I decided to ...
Read More →
Scroll To Top